The Gaspe Peninsula or “Gaspésie” as it is says on the road signs is beautiful.  We travelled from Quebec City to Rimouski, around the Gaspe Peninsula to Gaspe, Perce, Bonaventure and then crossed the river in to New Brunswick.  The scenery is awesome, beautiful villages all along the coast.  As you travel you enter one village and go up over a hill and down in to another village.  Everyone takes such pride in their yards.  All the grass is mowed, yards, fences, shrubs, plants all in pristine condition.  It is so beautiful.  Gaily painted houses, out-buildings and small sheds.  The roads?  well that’s another story.  Granted we are pulling a 30ft Travel Trailer so that carries it’s own limitations.  The speed limit is 80 or 90 KM.  The Gaspe has very steep cliffs which makes for very steep roads.  You might get up to speed half way up an incline, huff and puff your way over the top and BWAM, time to slow down because the speed limit declines from 80 to 70 to 60 and finally 50km thru the village.  After clearing the village it’s back up another incline, huff and puff your way over the top and ride the brakes down to 50 and then repeat the same scenario.  This isn’t the worst part, the worst part is the condition of the roads.  Narrow, patched pot holes, dips, bumps, holes both big and small.  Towing a trailer is quite the challenge!  The best part is the road ahead of you is always clear.  Behind you is a train of frustrated travelers who are no doubt yelling thru their windshields as they stare at our Beautiful British Columbia license plate.  Sorry about that folks 🙂

Here are my photo’s from Rimouski.  Perce and Forillon National Park in Gaspe and some beach pictures from our campsite in Bonaventure, Quebec. 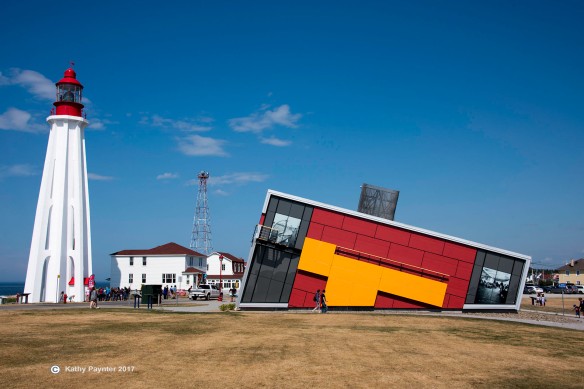 RMS Empress of Ireland Pavillion and the Point-Au-Pere Lighthouse 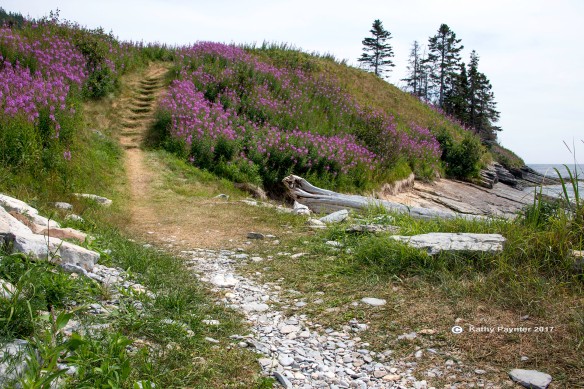 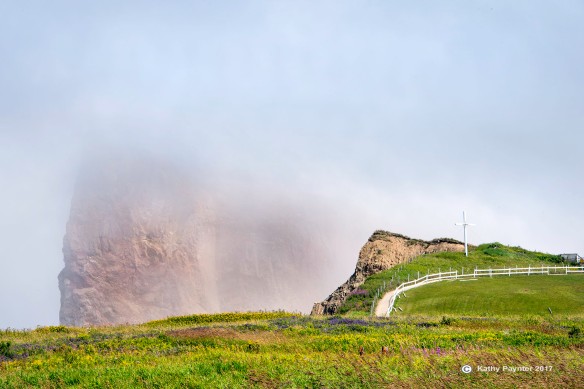 Perce Rock in the fog in Perce on the Gaspe!

Beach side at the Marina and Campground in Bonaventure, Quebec.

Moon rise over the beach at our campsite in Bonaventure, Quebec.